BC allows ­pharmacists to renew, prescribe some meds

BC will allow ­pharmacists to renew and ­prescribe some medications as part of a strategy to tackle the labour shortage in health care. And, it will add 128 new ­medical school seats. 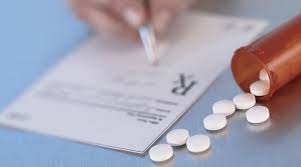 The 70 actions unveiled by Health Minister Adrian Dix are set to roll out over five years. The measures are aimed at recruiting and retaining health-care workers and redesigning the system to expand existing roles.

Beginning Oct. 14, the ­province’s 6,500 registered ­pharmacists in about 1,300 ­locations will be allowed to administer and refill for up to two years a wider range of prescriptions

for people with chronic conditions who can’t access a family doctor.

If there’s any concern about renewing a patient’s ­prescription, pharmacists can seek advice from a prescriber through the Health Ministry, a process that may result in the patient’s referral to a physician.

By the spring — after a series of consultations — pharmacists will be able to prescribe ­medications to patients without a family doctor for less-acute ailments such as allergies, ­indigestion, urinary-tract ­infections and acne, and for those seeking contraception.

The goal is to alleviate the burden on emergency rooms and the primary-care system and assist people with chronic ­conditions who, for instance, have lost their primary-care ­provider or have moved here from another province and have run out of their prescription drugs, said Dix.

BC Pharmacy Association president Jamie Wigston, a pharmacist in New Westminster, said pharmacists will not need to upgrade their training to take on the new tasks.

Wigston said the change is especially important for ­individuals with a mental-health disorder who need medication “in a timely and critical ­manner,” and will also help people in small towns where the local doctor may be hours away on a call but a community pharmacy is available.

Vikram Bawa, owner of Fort Royal Pharmacy in Oak Bay and Victoria, has waited years for an expansion of pharmacists’ role, saying BC is lagging behind provinces such as Alberta, Manitoba, New Brunswick, Nova Scotia, Quebec and Saskatchewan, where pharmacists can initiate prescriptions.

Bawa said seniors who have lost their family doctor and are desperate for a prescription refill are becoming commonplace at his pharmacy. Many prescriptions need to be renewed by a physician every six months, but an estimated one million people in B.C. and as many as 100,000 in southern Vancouver Island don’t have a family doctor.

“It’s a huge stepping stone in the pharmacy world,” said Bawa. “COVID has shown we’re a reliable source because it allowed us, when doctors weren’t available, to provide patients with a prescription refill or emergency supply of their medications if needed.”

As part of its 70-point action plan, the province also plans to expand training seats in the UBC Faculty of Medicine — the 128 annual seats include 40 undergraduate and 88 postgraduate. Forty family medicine residency positions will be phased in over two years beginning in the fall of 2023.

An additional 48 residency positions to accommodate the expanded undergraduate program will be phased in by fall 2028.

The province has also provided $1.5 million to Simon Fraser University to help establish a second medical school in Surrey.

In the coming weeks, Dix said, there will be more announcements about simplifying the process of accreditation for internationally educated health professionals applying to work in BC.