As fear over COVID-19 dissipates, Canadians’ focus is turning to the health-care system, and most are not impressed by what they see.

New data from the non-profit Angus Reid Institute finds most Canadians – three-quarters (72 per cent) – critical of their respective provincial government’s handling of the health-care system. Indeed, the number of Canadians who say their province is managing health well (25 per cent) is at its lowest point in eight years of tracking by ARI. Meanwhile, half (52 per cent) identify health care as a top-three priority for their province. 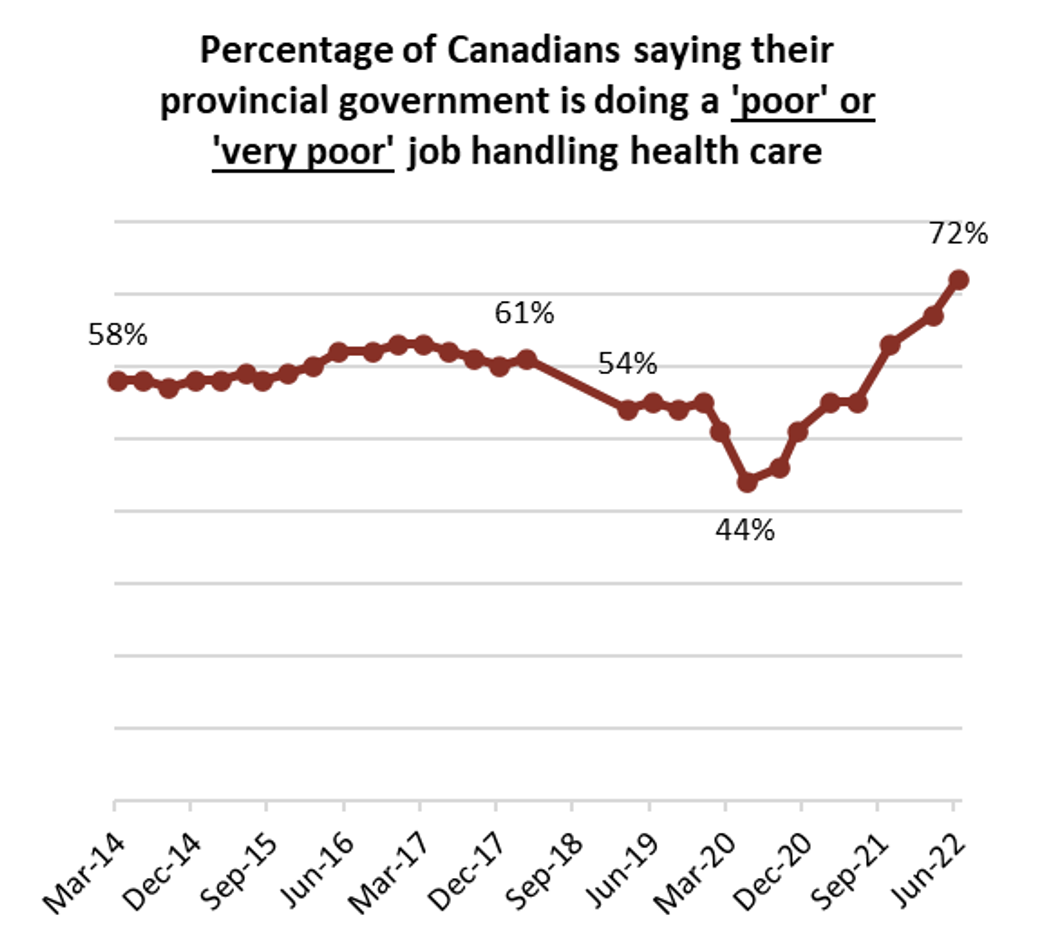 Across the country, at least two-thirds in every province say their government is doing a poor job on health care. The most praise is offered in Saskatchewan (30 per cent) and Nova Scotia (30 per cent), but positive opinions in those two provinces are outnumbered by negative ones by two-to-one.